Home
Products
About Us
Factory Tour
Quality Control
Contact Us

Good supplier and good quality. Hope we can cooperate next time!

all the parts are good. thank you.

the CPU, CHIPSET are good qulity and good price. 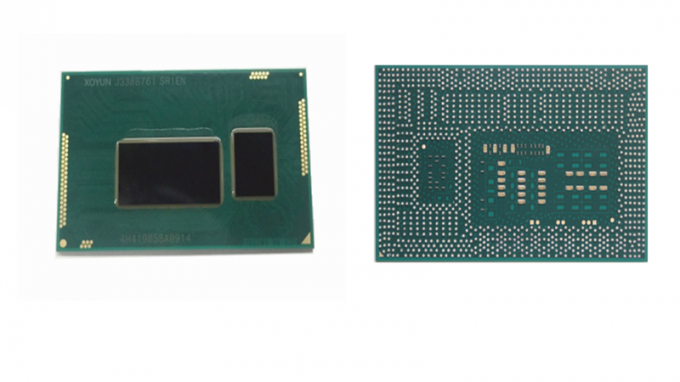 Core i3-4030U is an ULV (ultra low voltage) dual-core processor for ultrabooks, which has been presented in Q2/2014. It is based on the Haswell architecture and manufactured in 22nm. Due to Hyperthreading, the two cores can handle up to four threads in parallel, leading to better utilization of the CPU. Each core offers a base speed of 1.9 GHz (no Turbo Boost support). Compared to the Core i3-4025U, the 4030U offers a slightly higher GPU clock, additional I/O-ports and support for VT-d.